In Qatar, breast cancer constitutes 15% of newly diagnosed cancer patients. In females, this equates to around 38% of all new cancer cases. The majority of us know someone who has been afflicted by the disease, but we also know that thanks to scientific funding, enormous advancements have been made in treating it.

Most people are unaware that breast (mammary) cancer can also affect dogs and cats, particularly those who have not been spayed. While the exact cause is still unknown, research has revealed that some breeds are genetically prone to mammary gland cancer.

If you or your veterinarian discover a mass, the next step is to have it surgically removed and a biopsy performed. If your dog or cat isn’t spayed, your veterinarian will spay her when the mass is removed to lessen the chances of recurrence or future tumors. You and your veterinarian would devise the appropriate treatment plan for your pet based on the biopsy results. Treatment can be as simple as removing the mass(es) and spaying her, or it might be more invasive, involving chemotherapy, radiation, and anti-estrogen medication, in which case a veterinary oncologist should be called.

Once the mass has been removed and the initial treatment has been given, your pet will need to follow a wellness and management plan to stay on track in avoiding the condition from returning. Follow-up exams every three months for the first 12 months after surgery, and every six months after that are a vital element of the plan.

Remember that spaying your dog or cat before their first heat cycle is the key to prevention (usually 6 months of age). As previously stated, this would almost eliminate the possibility of them acquiring breast cancers. If your pet isn’t spayed, get to know their body and have their mammary glands checked on a regular basis! Your pet is counting on you to provide the best care possible so that they can stay with you for the long haul.

If you believe in our mission to give high-quality care to all animals, we invite you to join us at: https://lnkd.in/eNgxSWT 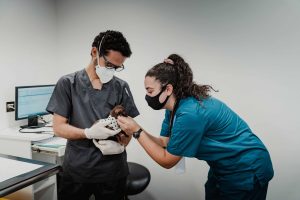 ADOPTING A NEW PET? WHAT ARE THE QUESTIONS YOU SHOULD ASK BEFORE?

Adopting a pet is wonderful, pets provide family connection, unconditional affection, and amusement. If you’re thinking of adopting a new

In Qatar, breast cancer constitutes 15% of newly diagnosed cancer patients. In females, this equates to around 38% of all 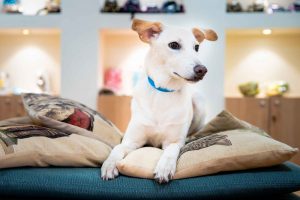 What you should know about deworming?

Worms are one of the obstacles that our pet can face as it grows. As a result, deworming is an